In recent years, there has not been significant poverty in the village, although the Trustees are ready to help in any emergency which may occur. Two such cases where we could help was after a water leak damaged an uninsured household and after the theft of money from an elderly resident. A Christmas distribution is also give to some of our elderly residents.

The Trustees have also instituted a Youth Assistance Scheme which offers cash grants to young residents between the ages of 18 and 25 who are undertaking further education, training or starting out in a career. These grants are for the purchase of books and/or equipment to help them in their studies or work. Applications for grants are invited each August / September.

The Scheme has now been running for 12 years and has made awards totaling £7650.

The Charities also have two wheelchairs and a commode for use by any residents who need them. 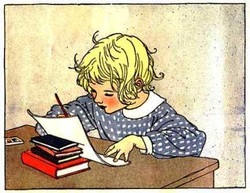 Officially listed as 'The Moreton Pinkney Relief in Need ' charity, Moreton Pinkney Charities originated from a number of ancient bequests which can still be seen listed on the South Wall of our Parish Church. These comprised:-

The Charities are administered by a body of Trustees consisting of five competent persons:-